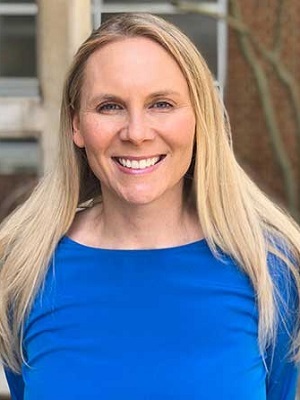 Last year's federal bailout to the nation's farmers – a huge spending package larger than the auto industry bailout during the Great Recession – has been less about keeping farmers afloat than it has been about throwing money at them, an agricultural economist said during a recent interview.

Farm subsidies last year were the highest in 14 years, and most of the money went out to farmers without congressional approval, which has attracted the attention of critics.

"There is no question that farmers have suffered as a result of the trade war, but the size of the payments are large even compared to the farm bill," Julianne Treme, an associate professor in North Carolina State University's Agricultural and Resource Economics Department, told Old North News. "The Market Facilitation Program payments have exceeded both Agriculture Risk Coverage/Price Loss Coverage payments and crop insurance payments."

How that money was sent out has an obvious political motive, Treme said.

"This program is a way to keep the farm sector in the Republican fold," she said.

President Trump's approximately $28 billion trade war bailout to farmers nationwide last year was more than twice the final cost of the auto industry bailout in 2008, which was about $10.2 billion.

The payouts to farmers were reported to be very generous, with Bloomberg reporting that the "bailout may be paying many growers more than the trade war with China has cost them."

An Agriculture Economic Insights study cited doubts about "whether the level of compensation is commensurate with the losses absorbed by the agricultural sector due to the tariffs.

"Several empirical studies have suggested that the actual damages could be more than 50 percent less than USDA's payment formula," that study continued. "Critics abroad have questioned whether the level of trade aid payments provided to farmers, when combined with existing farm program and crop insurance payments authorized under the 2018 Farm Bill and other legislation, are consistent with U.S. domestic support obligations under the World Trade Organization."

Last summer, U.S. Secretary of Agriculture Sonny Perdue announced details about a $16 billion package in support of the nation's agriculture community "while the Administration continues to work on free, fair and reciprocal trade deals."

The "relief strategy" was intended to counter "estimated impacts of unjustified retaliatory tariffs on U.S. agricultural goods and other trade disruptions" and run with the MFP, Food Purchase and Distribution Program and Agricultural Trade Promotion Program. The package would "will assist agricultural producers while President Trump works to address long-standing market access barriers," Perdue's announcement said at the time.

"China and other nations have not played by the rules for a long time, and President Trump is the first president to stand up to them and send a clear message that the United States will no longer tolerate unfair trade practices," Perdue said in his announcement.

In July, North Carolina Gov. Roy Cooper said he wanted Trump to draw back on tariff increases and that the escalating trade war was hurting farmers in his state, as well as companies that rely on steel and aluminum.

By the end of that month, North Carolina farmers received more than $105.1 million from the federal government to cover their losses from retaliatory tariffs by China and other nations. Most of that money was paid out to North Carolina soybean and cotton producers, with about $100,000 going to wheat, dairy, corn, hogs and sorghum farmers.

MFP payments "have the potential to cause problems" when the next farm bill rolls out, Treme said.

"While farmers may be better off in 2019 as a result of the MFP payments, the payments may have set the stage for Congress to authorize lower spending in the next farm bill in light of the large ad hoc payments already received," she said. "The MFP payments were not authorized by Congress, but made under the authority of the Commodity Credit Corporation. While farm income is forecast to be higher than in 2018, farmers have vocalized their 'trade, not aid' preferences. Given the uncertain trade future with China, the MFP payments are unlikely to put farmers' minds at ease for long."

What subsidies will be like this year will depend "in large part" on what a Phase 1 trade deal and any future deals with China are made, Treme said.

"There are already questions about whether it is possible for China to buy $40 billion per year of U.S. ag goods, she said. "If the Phase 1 trade deal turns out to be a boon to agricultural purchases, then MFP payments are likely to fall, but if the trade tensions are not relieved, MFP payments could continue at high levels."

Also up in the air is how long it might take China to recover from the African Swine Fever outbreak, which had a direct impact on Chinese demand for U.S.-grown soybeans, Twene said.

"The size of the payments will also be dependent on the number of crops included in MFP," she said. "If future MFP payments expand the number of eligible crops, this is another potential source of payment increase."

"If farmers can demonstrate that their export markets have been altered in a long-term sense, then given the rationale for MFP payments, we could see MFP payments for years to come, the level determined by the economic value of the lost export markets," Twene said. "The payments are also likely to result in WTO challenges, but those challenges may be deferred since the appeals panel went dark."

Want to get notified whenever we write about any of these organizations ?

Sign-up Next time we write about any of these organizations, we'll email you a link to the story. You may edit your settings or unsubscribe at any time.