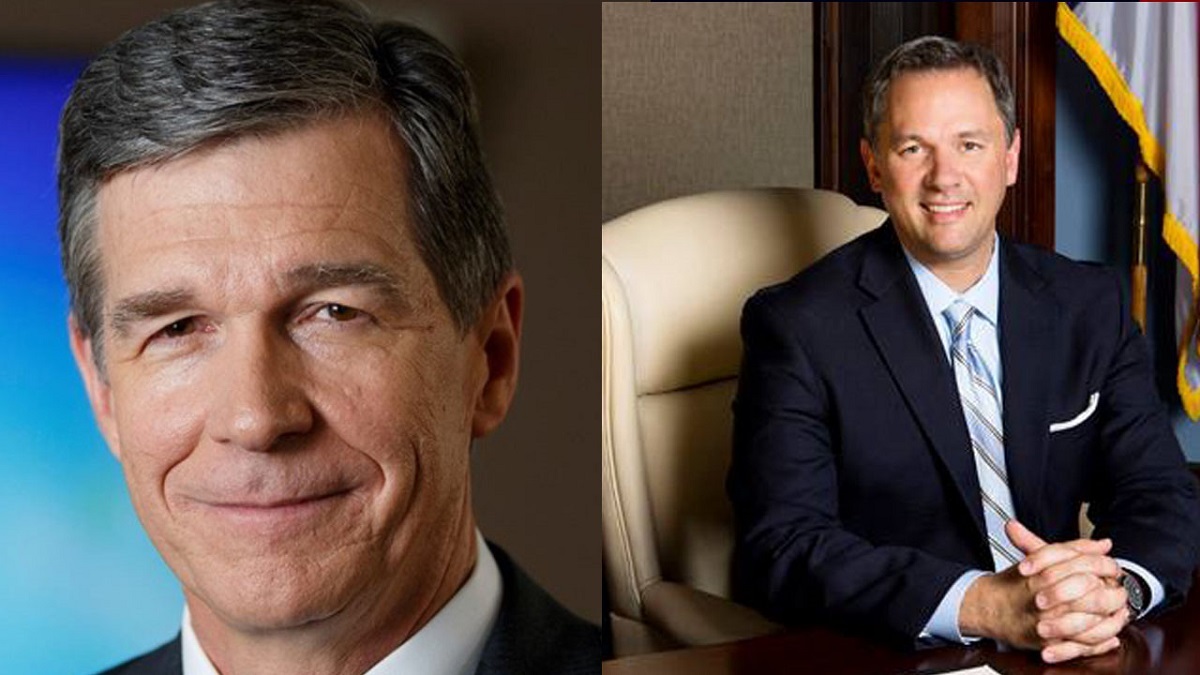 It’s no coincidence that the men, Democrat Gov. Roy Cooper and Republican Lt. Gov. Dan Forest, are running against each other for governor. But Forest said his objection to Cooper’s executive order on Tuesday was about respect for legal process, not politics.

Cooper ordered a halt to in-house seating on St. Patrick’s Day which is always a busy day at bars and restaurants. But with the growing threat of the coronavirus pandemic, Cooper joined with other governors who prohibited people from eating and drinking inside businesses.

Forest said the state’s 10-member Council of State needed to endorse such a sweeping move. The board, made up of six Republicans, including Forest, said they were opposed to the governor’s actions.

“His mandate will devastate our economy, shutter many small businesses, and leave many people unemployed, especially in the rural areas of our state where food supply is already critical,” Forest said in a tweet one hour before the ban went into effect. ”After the press release, and shortly before a scheduled press conference, I, along with other Council of State members, was asked to concur with the Governor’s decision with no discussion. The Governor held his press conference and made the announcement even after a majority of the Council of State voted not to concur with the Governor. Thus, he does not have the authority to issue this part of his executive order.

”While I understand that all actions in a time of crisis are very difficult decisions and have many consequences, some decisions are so serious they require, by law, discussion with, and approval of, other state leaders.”

Two of the other three Democrats — Secretary of State Elaine Marshall and Attorney General Josh Stein — endorsed Cooper’s actions. The fourth, Auditor Beth Wood, did not respond to press questions.

Sadie Weiner, a spokeswoman for the governor, pushed back at Forest.

“It's one thing to disagree, it's another to create a chaotic situation in the middle of a pandemic," Weiner said in a statement. "The governor is taking action to protect the health and safety of North Carolinians and does not need concurrence. The governor and the secretary of (the Department of Health and Human Services) have the authority to do this under state public health and emergency powers law."

The governor loosened rules to allow bars and restaurants to make drive-through, delivery and other sales easier.

Forest said he was trying to make an important point. He said on a Twitter he was aware he was receiving criticism for his stance.

“My statement today was about the rule of law, not about the rightness of the decision made by the Governor,” Forest said in a tweet. ”Had a majority of the council of state concurred with the governor, I would be in full support.”

“Now that Gov. Cooper has moved forward with his EO via other channels he claims are legal, the Lt. Governor is focused on finding solutions for North Carolinians impacted by COVID-19,” Fallenbury told Old North News.

“During this time of uncertainty, let’s remember those on the front lines — our first responders, law enforcement officials, and healthcare professionals,” he tweeted Thursday afternoon. “Our country has met great challenges before, and we are always stronger on the other end. #NCstrong”

Want to get notified whenever we write about Office of the North Carolina Lt. Governor ?

Sign-up Next time we write about Office of the North Carolina Lt. Governor, we'll email you a link to the story. You may edit your settings or unsubscribe at any time.